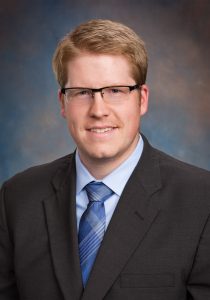 Philip V. Howard is an associate with Osterhout & McKinney. He practices elder law, specifically in the areas of Guardianship, Fiduciary Litigation, and Estate Planning. He grew up in Southwest Florida, having lived here for the past 12 years. He received his bachelor’s degree in business management from Southeastern University in Lakeland, Florida in 2009. He then received his Juris Doctorate from the Florida International University College of Law in Miami, Florida in 2013.

While in Law School, Mr. Howard participated in the school’s clinical and externship programs. In addition, he was privileged to serve as President of the law school’s Federalist Society Student Chapter in his third year.